When I try to install HELI-X I get a warning form Defender that the app is prevented from starting.

When you get the following warning, press more info. 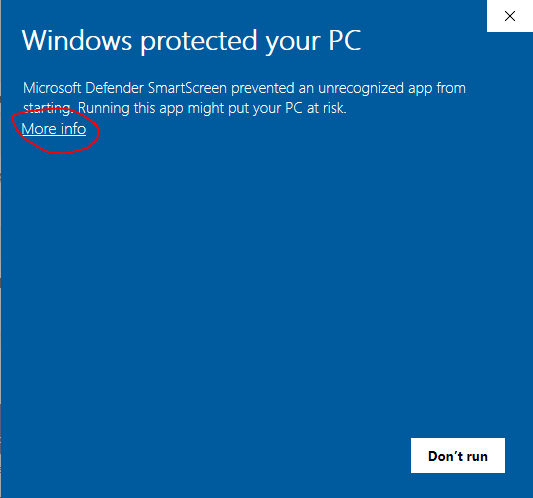 When you get the next screen, press"Run anyway". 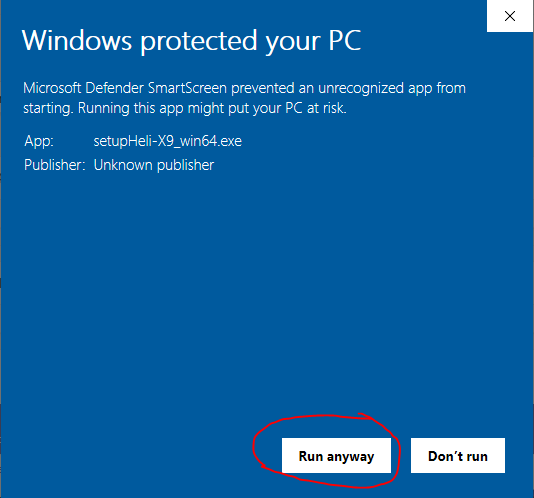 I connected my transmitter with an interface. But the switches are not recognized by HELI-X.

Makes sure that you interface can transmit more than 4 channels.

My controller is recognized but it does not work.

It is likely that you did not go through the complete calibration process:

During hover or torque training the model is too near to the pilot.

How can I change the airport of an online session?

The first pilot logged in into the session can select a new airport and the go to the menu Multiplayer->send scene description. Then the airport is changed for all players.

How can I make a movie for youtube, etc.?

You can use the software OBS Studio for this.

From where can I get new models and airports?

Download them within HELI-X from the menu Options->Look for new ...

Fullscreen is not working.
HELI-X does not start. There is an error message concerning OpenAL.

Make sure that there is a playback device activated on your computer.

The sound does not work correctly. The direction from where the sound comes and its loudness is strange.

How can I launch a glider?

You can use the functions "Hand Launch" (also at certain heights) or the function "Increase Height". 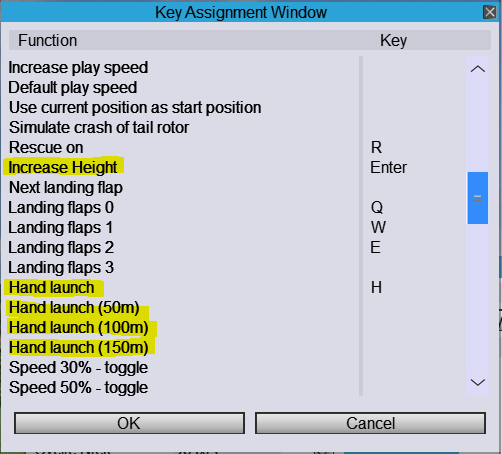 Is there a possibility to add/save wind settings for this airport?

Can I make my own scene?

Yes. Locate the scenes folder in the resources directory. And take the available scenes as an example. You may want to use an editor like notepad++ to edit the xml file.

Can I make a scene such that a helicopter is automatically loaded with it?

No, this is not possible. However, note that your last helicopter or plane  is loaded automatically when HELI-X is restarted.

I want to update HELI-X, but I get the message "This version is up to date".

The update mechanism inside of HELI-X works only when you stay to the same major version numer, e.g. from 7.0 to 7.1. For a larger update (e.g. 8.0 to 9.0), you typically have to install the new demo version and then actiavate it with your key.

On Linux, I get an error message during the start of HELI-X.

You should use Java with version 8. On Ubuntu, you might use

and check it with

I want to change the direction of the sun light

To simplify this process, you can:

What does cyclic nick or cyclic roll and pitch mean?

Well, these are words from the helicopter control. The correspondences to the terms of planes are:
cyclic nick - elevator
cyclic roll - aileron
cyclic pitch - trust
rudder - rudder

How can I switch between fullscreen and windowed mode with a key? 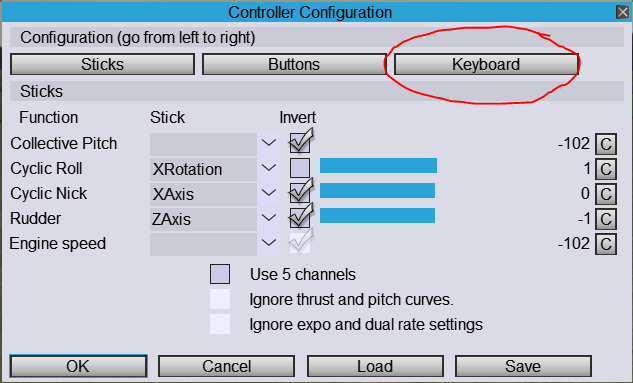 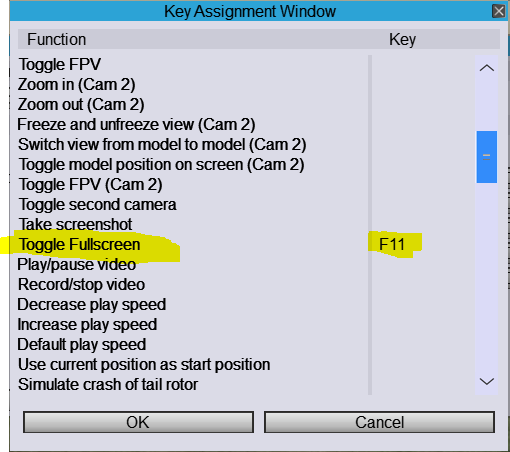 How should a VBar controller be configured for HELI-X?

Up to Version 9.0, the buttons should be configured like this: 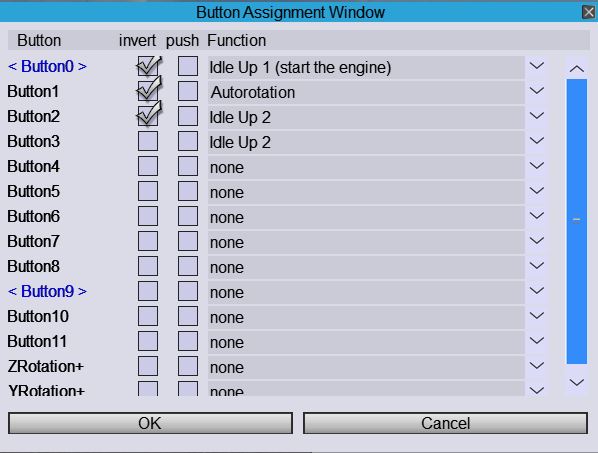 For version greater 9.0 (where three banks are available) the buttons should be configured like this: 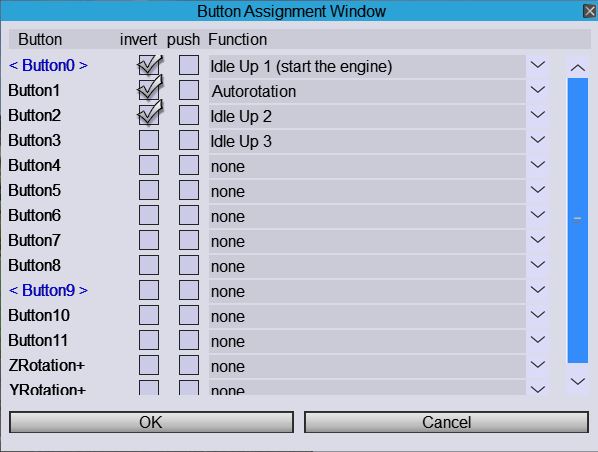 Is there an FPV option available?

Yes. In order to use the FPV option, you have to use an airport of type Scene3D: 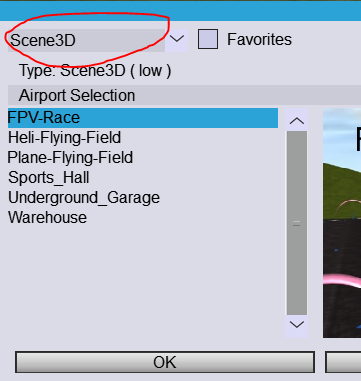 And you have to switch the camera settings into a FPV mode: 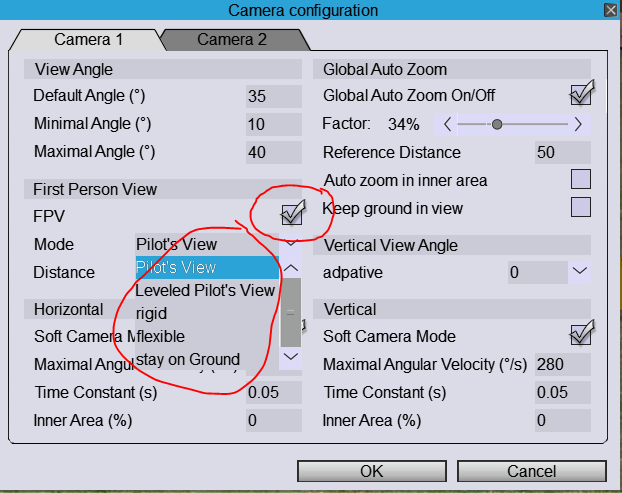 I want to assign Idle Up 1/2 to the transmitter, but I get the message that it is not allowed to assign the flight phases both on the controller and the keyboard.

In this case please delete the keyboard assignments for Idle Up 1 and 2 in the keyboard configuration (press DEL). 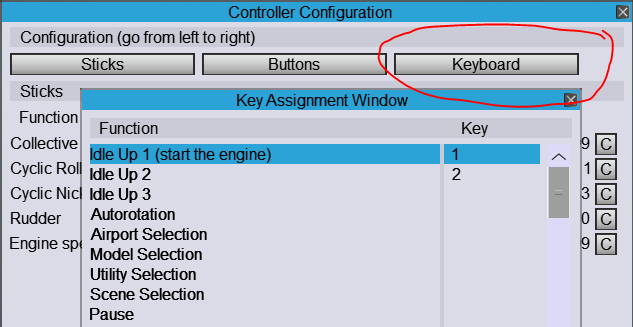 The menu and fonts are so small that I can hardly read anything on my 4k monitor. 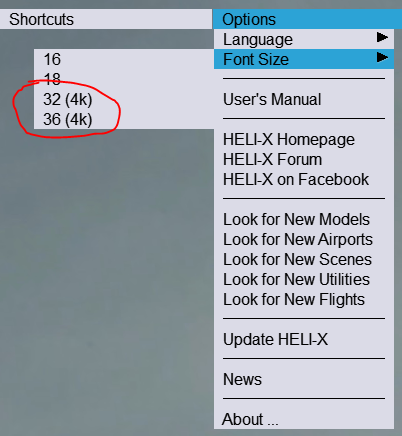 HELI-X is a professional R/C flight simulator for helicopters, planes and multicopters.